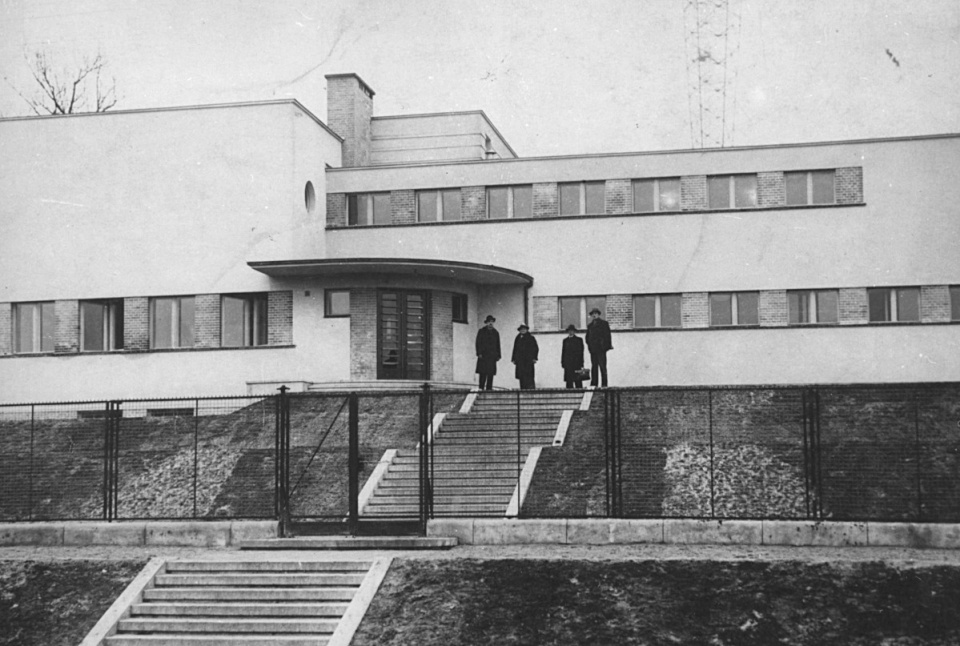 Budynek i maszt Rozgłośni Pomorskiej Polskiego Radia
The Pomerania Broadcasting Station holds an exceptional history – it was developing in two cities: until 1939 in Toruń and since 1945 in Bygdoszcz. An opening ceremony of the radio station took place on the 15 th of January 1935 .

This event was not only on a national scale but also had an international dimension. The radio station filled the ‘void’ in the Greater Pomerania air where until then there were only some propaganda broadcasts of the Nazi Germany.

In strategic locations broadcasting studios were created: in Toruń (the capital of region), Bydgoszcz (the biggest city, at the crossroad of cultures) and Gdynia (the maritime pride of the Second Republic of Poland). The international nature of the program was highlighted by, among others, transmissions from our flagships cruises and broadcasting in Swedish.

After the World War II the Polish Radio management created Pomerania Regional Directorate in Bydgoszcz. It embraced the then-Pomerania Voivodeship and part of so-called Regained Territories with Szczecin and Gdańsk. Its task was to rebuild the broadcasting station destroyed and pillaged by the occupants.

First results were the new stations in Gdańsk and Szczecin as well as the transmitter on the Dabrowski Hill in Bydgoszcz which was launched on the 1 st of May 1945 . An opening ceremony of the regional station in Bydgoszcz took place on the 1 st of July 1945 .

The Polish Radio of Pomerania and Kuyavy (Radio PiK) is honored to continue the history and tradition of the Pomerania Station thanks to its origin, its name and respect for people who left their permanent, ‘broadcast’ footprint.

They are the ‘founding fathers’ of radio in our region: Franciszek Wąsiak (Main Engineer of the station in Toruń and Bydgoszcz), Tadeusz Kański (actor from Lvov, the first director of the station – the chief of Pomerania Regional Directorate), Jeremi Przybora (the first radio announcer who said about his relations with radio: ‘From the radio I rose and to the radio I shall return’), Arnold Rezler (the chief of Department of Program, founder and conductor of the famous Bydgoszcz Station Orchestra) and many others.

The Polish Radio PiK is at the moment the only institution which embraces and integrates the whole region of Pomerania and Kuyavy. It has the most innovative technical infrastructure with full employment of the new media, the possibility of multimedia emission of the program in the Internet and digital technology DAB+ and with the only existing in Poland archive portal ( archiwum.radiopik.pl ) which holds all registered programs from the 85 years of its history. 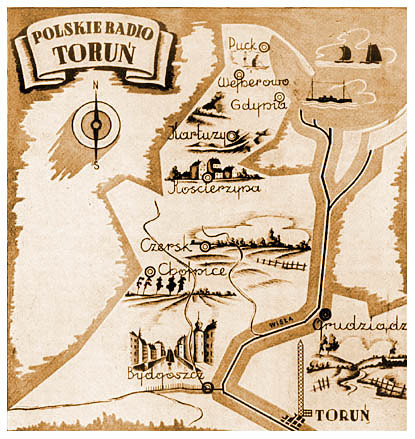 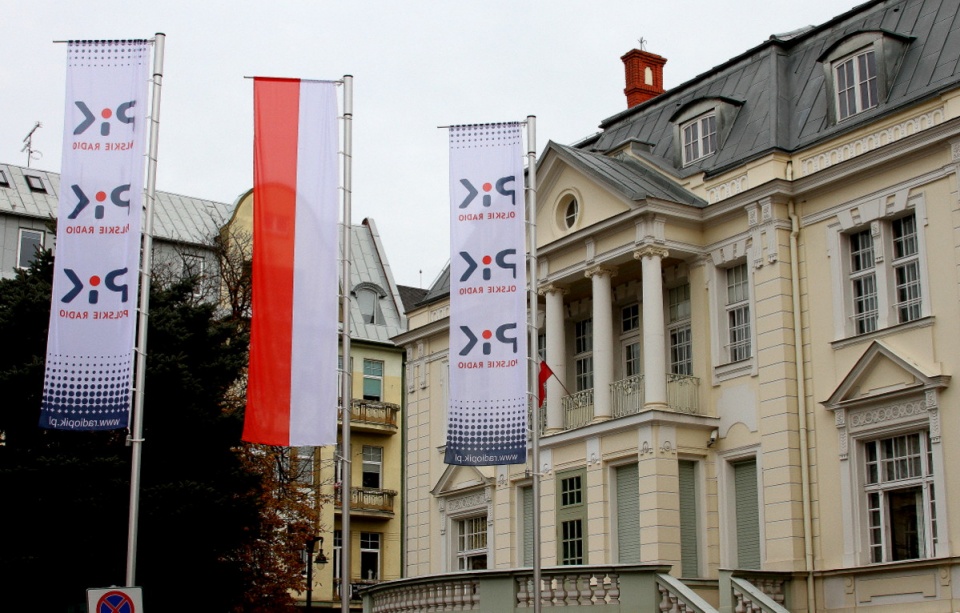